Piggford Lane to Stockyard Creek & beyond 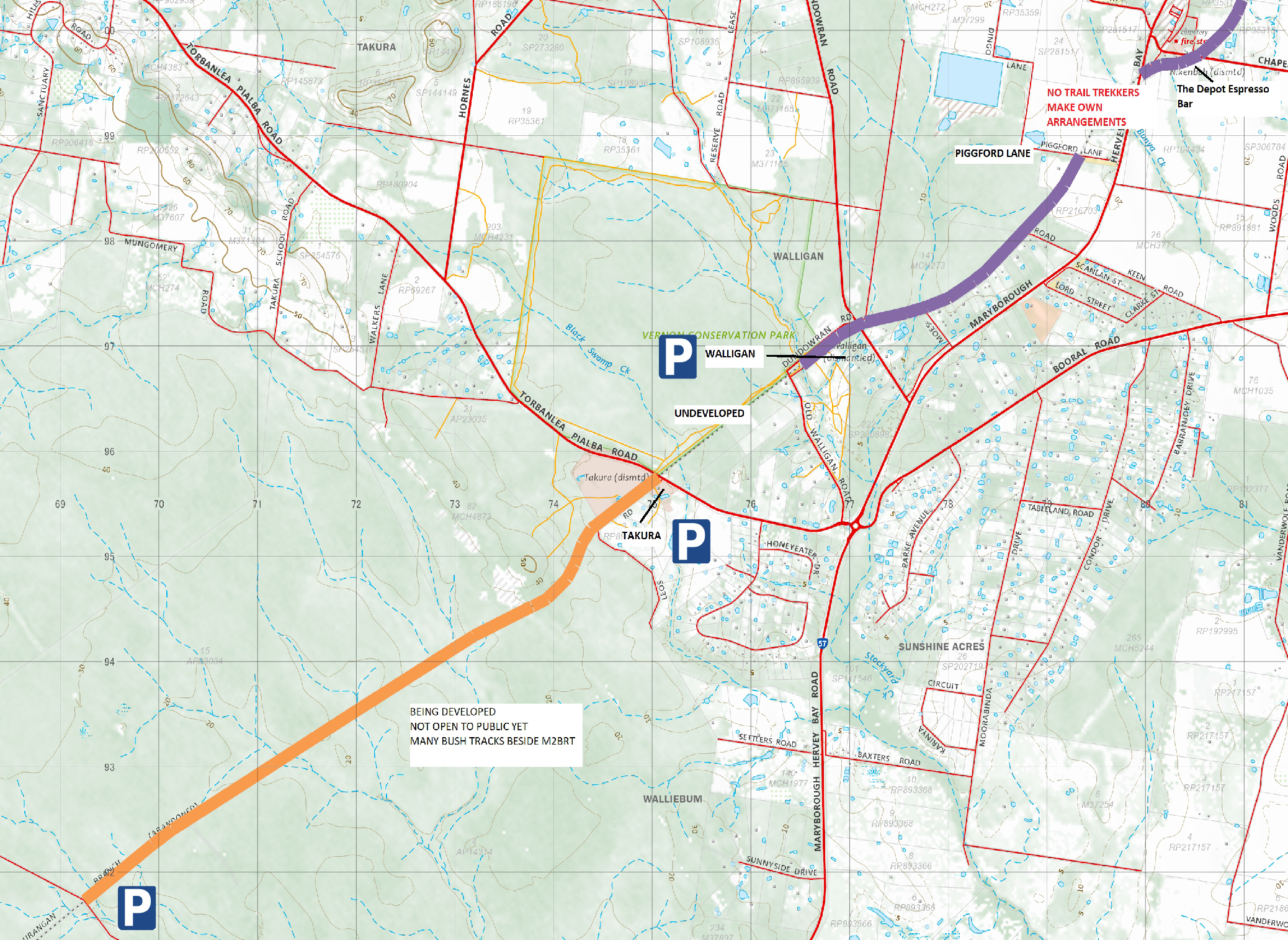 Urangan Pier to Churchill Mine Road 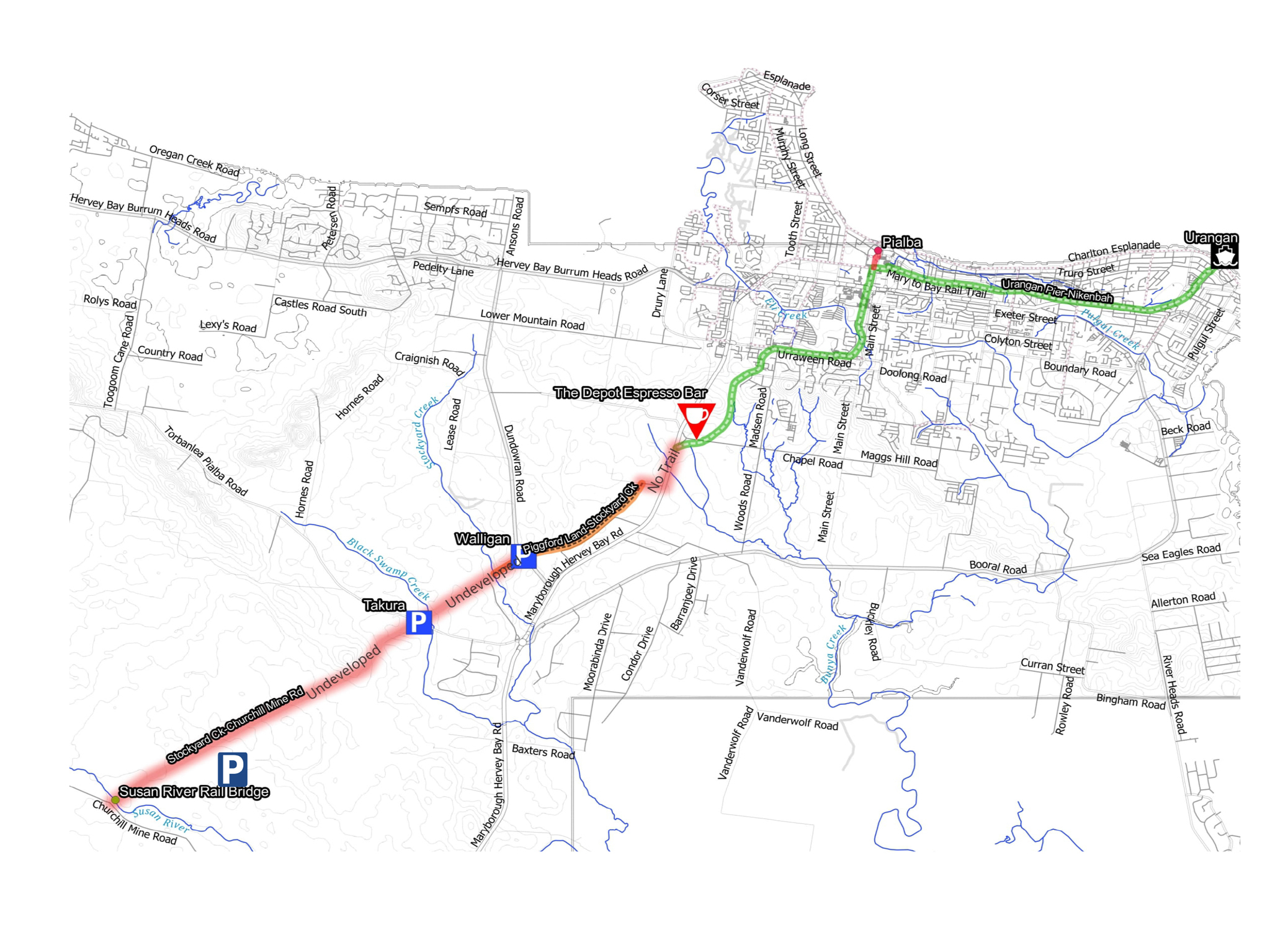 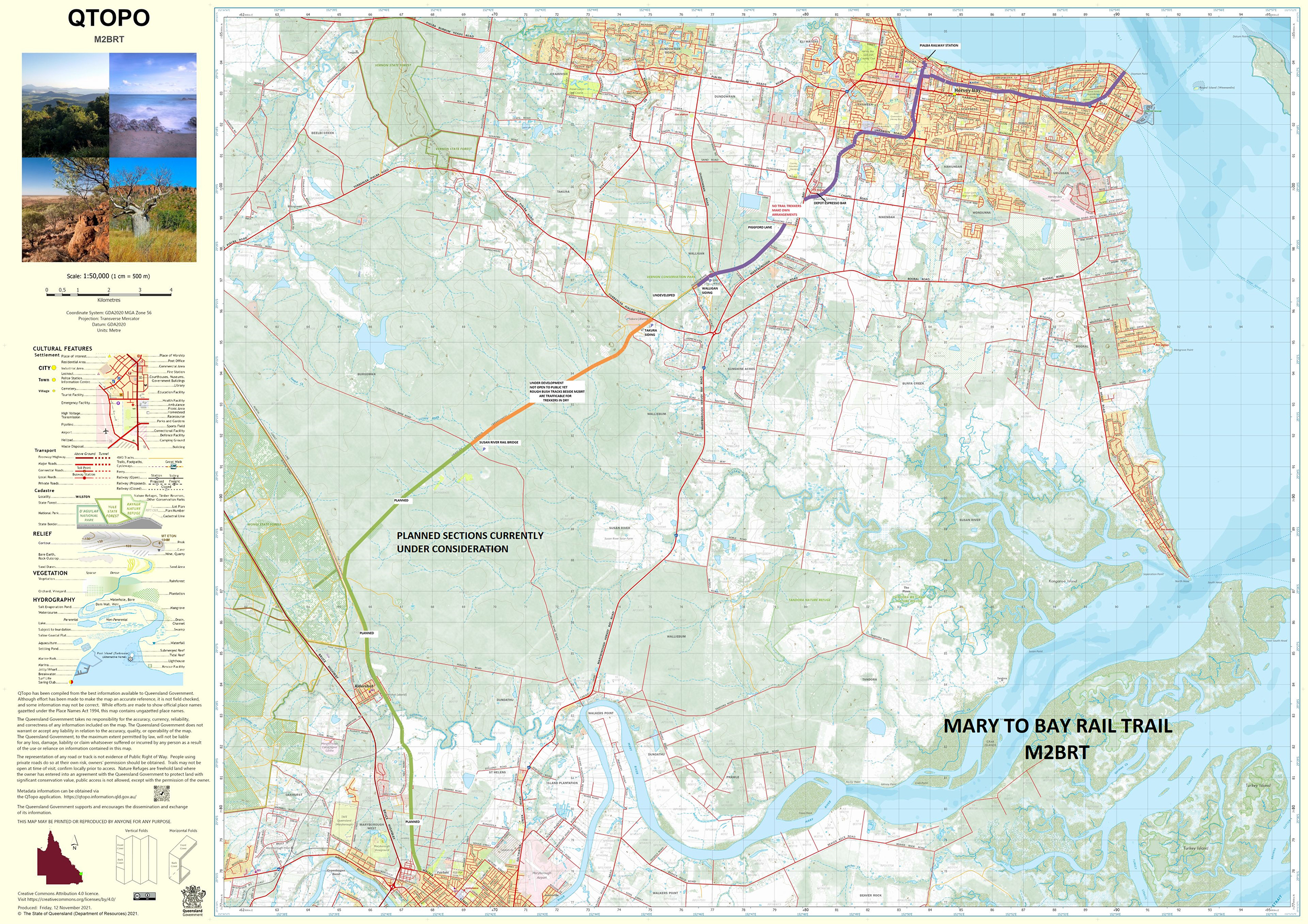 Cycling the Rail Trail - click for Brochure and Maps

The first meeting of M2BRTAC has been held, minutes will appear on FCRC’s website after confirmation.

The next meeting, rescheduled from 21 November 2022, will be held as a workshop.

Click Here for Ken's "Hooked on the Rail Trail" song !

Nothing new to report on the Ambassador front except that there is ongoing growth in interest which I’m finding incredible… more and more people you speak to in conversation around town are becoming aware of it. Membership in the FB discussion page is currently almost 2400 members.
Was pleasing other day to have someone show me a town tourist map they had taken from a location around town… and there was the Rail Trail. So the new maps are out in use.